It’s happening! The Blockstack Reg A+ token sale and a new internet 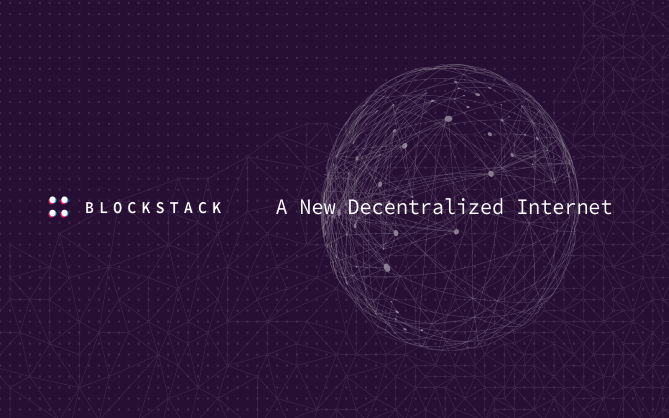 The years-long wait is over. The Securities and Exchange Commission (SEC) finally approved a Reg A+ token sale. Indeed, Blockstack is already publicly selling Stack Tokens. If it works, it will bring a new and better internet.

Heretofore, the SEC’s refusal to qualify a Reg A+ token sale long flummoxed crypto-philes. Reg A+ is ideal for crowdfunding crypto projects as it most aligns with the ‘Wild West’ ICO craze of 2017, while complying with securities laws. Reg A+’s benefits are straightforward. The $50 million maximum meets tech startup needs (although Congress will likely soon raise it to $75 million). Anyone can purchase Reg A+ securities. And buyers can trade them instantly. Thus startups prefer it to Reg CF ($1 million limit) or Reg D (accredited investors only).

SEC Reg A+ reluctance typified its stance toward shiny things under Chairman “Shallow-End Jay” Clayton. Mr. Clayton and his cohorts are the “Machine”: the credential-and-prestige obsessed cabal of East Coast lawyers and fancy-degreed personages that land each year at name-brand federal agencies to pilot the American economy while disclaiming responsibility for the results. In the SEC crypto-sphere, NPC Valerie leads the way. But critics panned her main effort, 13-pages of crypto “guidance,” as prolix and overreaching.

Crypto Mom gets a win

Commissioner Hester Peirce, aka Crypto Mom remains a contrary voice encouraging regulatory modesty. She has long criticized the SEC’s glacial pace and risk-averse jeremiads, including with Reg A+ token sales.

She won this round against the forces of Machine reaction. But the victory is incomplete. First, Blockstack represents one qualification, lots more languish. Some have waited years; others have given up.

Secondly, even this victory is limited. Blockstack restricted post-sale Stack Token releases. Buyers will get them piecemeal over 24 months. Instant liquidity is a major Reg A+ virtue. If all companies must concede it for qualification it will hurt the market.

Finally, the SEC leaves uncertain how these security tokens become utilities although all agree that is the plan. Blockstack says its board will decide and pegs a year out as sufficient. No one knows how this will work. Will SEC Enforcement ultimately decide when tokens are no longer securities? If so, that’s not progress.

Blockstack is the anti-Facebook

Blockstack’s vision makes its qualification huge. It wants to change the system by removing online power from oligarchs and return it to users. As stated in its circular, “The ultimate goal in creating the Blockstack network is to enable application developers to build and publish decentralized applications [Dapps] without the need to maintain central databases, and for users of these decentralized applications to retain control over their own data.”

Author George Gilder explained the downsides of the current model in Life After Google. Facebook, Twitter, Google/YouTube, and Amazon et al. control the web by capturing the top of the “stack” where internet power resides.

As Blockstack co-founder Ryan Shea stated, “Apps were not responsive to customers so much as designed to lock them in, you go onto the net and Facebook or Google or Dropbox or Pinterest tor Amazon and all want you to move in, giving them all your documents, music providing storage for your life. Medical sites want to store all your health data. You have to petition to it went you want it.”

The Zuckerbergs will try to keep their power

Mark Zuckerberg is the poster child. He became a multi-billionaire by repackaging and selling user data to the highest bidder. All the while he conspired with governments and activists to censor speech. And he is trying to recreate this model with financial transfers.

Libra’s goal is the entrenchment of very rich, powerful institutions that have much to lose in a decentralized world. It is designed to kill blockchain’s future and retrench oligarchic power for decades hence; the sappy videos are PR. Whatever Congressional assurances, Libra’s “gold mine” is access to crypto wallets it creates and controls.

But within Blockstack’s network, users will move from Dapp to Dapp without separate logins or remitting personal information. They will store their data in encrypted clouds and release it when they want.

Allowing users to control their own information keeps the power at the individual level—the bottom of the stack. In the future tokenized world, individuals will yield time and attention for token rewards. The oligarchs will adapt or die.

The SEC should recognize what Gilder and the Blockstack community see. The online world is changing. Governments should fiercely protect against fraud but otherwise step back and marvel at what’s next.