Crypto Mom versus the Machine 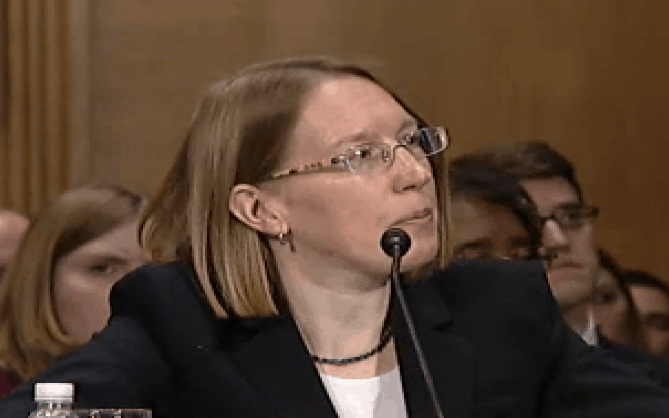 The Securities and Exchange Commission (SEC) hatched from the New Deal’s heady days.  It was a time many thought unfettered capitalism was done, and disinterested technocrats could smooth free-market excesses and regulate economic affairs more fairly and efficiently. FDR and many others—wrongly as it turned out—blamed the 1929 market crash on insufficient government oversight.

The SEC now has a $1.6 billion budget, over 4,500 employees, and eleven regional offices. It typifies federal agencies with its pedigree: old, slow, bloated, obsessed with credentialism, self-importance, and arrogance.

Feeding on the air of entitlement of fading upper-class institutions that accomplish “little with a lot” of other people’s funds, the Harvard initiative reflected the increasing inebriation of elite American education. Focusing on stopping progress, barring new power plants, dismantling chemical facilities, mobilizing against Israel, and other reactionary pursuits, Ivy institutions are pursuing fancies of a declining intellectual and business elite, full of chemophobic nags and luddite lame-ducks quacking away on their miasmic pools of old money as the world whirls past them.

And when bright but indoctrinated young minds graduate from these formerly august institutions many move to Washington, DC. They come to work at places like the SEC and other name-brand agencies. And they come to enforce the dogma they learned, they come to oversee the American experiment without any responsibility for the results, they come to feed the Machine.

SEC chairman ‘Shallow-End Jay Clayton‘ typifies this path: Ivy league undergraduate to Cambridge, back to the Ivy League for law school, a federal clerkship, a big law firm and adjunct Ivy League teaching position, and finally to head a federal agency. Mr. Clayton undoubtedly worked hard for his success as did those that came before and after him. But no one who takes this path starts a business, takes out a business loan, meets a payroll, files for bankruptcy, or goes without lunch because of the first four. Thus, the question is who benefits and at what cost?

The SEC’s culture as with the rest of the federal government is one of buck passing, lack of responsibility, and no accountability. Every public appearance by a Machinist starts by stating they don’t speak for their agency, that what follows is personal opinion. It’s a little thing and a legal obligation but it insulates them from their words, what they are disclaiming is responsibility.

One sees it in the myriad reports they author evaluating their performance. Here is how the SEC states it will improve on a poor performance metric. It exemplifies responsibility-less gobbledygook that above all disclaims accountability:

Plan for Improving Program Performance: To address the issue of timeliness in investigations, the Division is taking measures that include emphasizing expediency in quarterly case reviews, promoting best practices regarding efficiencies in various phases of the investigative process, leveraging data analytics capabilities, and conducting training on tools that expedite investigations.

And if all this “emphasizing,” “promoting,” “leveraging,” and “conducting” doesn’t work, no worries they’ll come up with more things to emphasize, promote, leverage, and conduct in the next budget request. Overall though, ask the Machine and they’ll tell you they’re doing a bang-up job. In that same report here is how it self-graded on their first “Strategic Goal”:

Strategic Goal 1: The Commission believes that its rules and regulations should be drafted to enable market participants to clearly understand their obligations under the federal securities laws and to conduct their activities in compliance with law. The Commission aims to promulgate rules that are clearly written, easily understood, and tailored toward specific ends.

Strategic Goal 1. Of 10 performance targets, the agency met or exceeded nine and did not meet one. The SEC devotes a large share of resources responding to no-action letters and interpretive and other requests from regulated entities, public companies, and other outside parties. The agency is committed to speeding the response to such requests.

Providing clear guidance in a timely manner is certainly praiseworthy and hitting 9 of 10 metrics seems great. But dig a little and the picture becomes less rosy.

SEC masks its failures as successes

For instance, in the Trading and Markets (TM) division: “The target is based on a fixed deadline for responses to written requests for no-action letters, exemptive applications, and written interpretive requests (collectively, “requests”). Some requests are extremely complex and require extensive consideration and consultation both within and outside TM.” (Emphasis added).

So, what’s the deadline? They don’t say. How long is it taking for complex issues, like crypto? Again, they don’t say. But on a brighter note, they’ll return phone calls or emails within two weeks.

One place SEC Machinists admittedly fail is the Enforcement Division. Being under SEC investigation according to one securities lawyer is like “being in hell without dying.” And, given the stress and expense, the SEC’s goal is to bring enforcement actions within two years of opening an investigation. They only met that goal 53% of the time. And the Machine isn’t shy about what happens if you challenge them: “In addition to victories in the cases the agency brings to trial, the SEC’s litigation efforts also help the SEC obtain strong settlements in other cases by providing a credible trial threat and making it clear that the SEC will go deep into litigation and to trial, if necessary, in order to obtain appropriate relief.” Translation: our budget is unlimited, yours isn’t, don’t f*ck with us.

Compare the SEC’s rosy view with those that engage SEC guidance and advise clients. It is less sanguine. Crowdfund Insider recently published two articles about guidance on crypto issues. Of course, some chose to remain anonymous as to not upset the Machine.

Is the SEC hitting “Strategic Goal 1”? not according to “insiders”: “As for the new SEC Fintech portal where you can submit your questions to public officials. We have heard that responses are slow to come – if they ever come at all – so don’t hold your breath on receiving any feedback. A bit of a policy black hole… that’s too bad.”

To her credit, securities lawyer Linda Lerner put her name on her words:

But while there are many crypto asset platforms heading down this path, these platforms must first become a registered broker-dealer. As one may expect, this process can take some time. But in Lerner’s opinion, the feds are dragging their feet for far too long, overly concerned about getting it wrong.

Lerner, who is knee deep in the process, says the SEC is “standing there like a roadblock because they are afraid something will blow up in their faces.”

“By not allowing the intermediaries to get registered they are stifling innovation and preventing issuers from raising capital, they are standing in the way …” states Lerner. “They are so afraid something might go wrong.”

Lerner says they punish everyone who does not pursue a compliant process but the enigma is there is no clearly defined compliant option. Communication between divisions within the SEC may be a problem as well. Lerner is concerned there has been a disconnect, at times, between some of the larger segments of the securities regulator. The Commission has been slow to create an effective management and information process for crypto asset innovation. Trading and Markets must coordinate with CorpFin and, meanwhile, Enforcement is investigating dozens or hundreds of allegations of crypto fraud. As a federal bureaucracy, the SEC can be very siloed at times.

Standing athwart the Machine like a 21st century Bill Buckley yelling “Stop!” is Commissioner Hester Peirce aka CryptoMom. Peirce recently spoke at the Digital Chamber of Commerce’s Blockchain conference. Despite her Machinist background she has the entrepreneur’s government-skeptic eye. But unfortunately, her ability to affect any real change is limited by her single vote and voice.

As she discussed the various issues the crypto-sphere has asked for three years e.g. When will we get token guidance? (Update: the token guidance finally came and was predictably underwhelming). What’s the path forward for security tokens? Why hasn’t the Commission approved any Reg A+ token sales? Can we do utility tokens? Are you concerned entrepreneurs will leave the US? CryptoMom repeatedly suggested companies advise her so she can follow up, educate her on vexing issues, and provide policy solutions she can promote.

While it’s nice a rouge Machinist like CryptoMom will promote entrepreneurial concerns, her limited influence was obvious in her answers. Peirce can only do so much because she needs help from the courts or Congress. (Kik, flush with money, and seemingly ready for a fight could help.)

The Machine’s Path leads to decline, CryptoMom’s path to innovation

This leaves the US to slowly lose influence as technologists, entrepreneurs, and innovators won’t wait over two years for an Ivy League-trained lawyer to green light a project or bankrupt it.

In the meantime, France, (FRANCE!) will soon allow ICOs without a formal approval process. The UK, of course, is far ahead.

The people at the SEC have good motives, they do their jobs according to the expectations and conventions of the Machine. But they are fiddling away the future of the US economy as the crypto world whirls past them. CryptoMom is showing us the way forward.