Why the Brits are Killing Us in Equity Crowdfunding 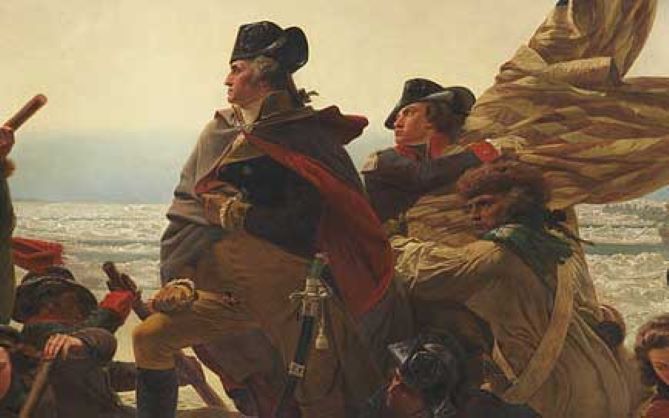 The Securities and Exchange Commission (SEC) versus the Financial Conduct Authority (FCA) isn’t Washington versus Cornwallis. But the stakes are still high in the trans-Atlantic battle for equity crowdfunding and token-economy leadership. And this time the Brits are winning.

Recent news contrasts the regulatory frameworks. The US has the SEC, led by Chairman “Shallow-End” Jay Clayton. Clayton embodies ‘the Machine.’ These are the credential-and-prestige obsessed cabal of East Coast lawyers and fancy-degreed personages that land each year at name-brand federal agencies to direct the American economy while disclaiming responsibility for the results.

Conversely, the UK has the FCA, a single-layered bureaucracy that fosters initiative and moves faster than the security line at DCA.

Prometheum is a U.S.-based blockchain company looking to create a tokenized trading system open to all. It is described as “a soup-to-nuts securities ecosystem, from issuance to trading through clearing and settling.” Since the company’s 2017, Reg A+ Form 1-A token sale filing it has waited in vein for qualification.

(See here for the differences between Reg A+, Reg CF, and Reg D).

Prometheum’s vision involves many steps including qualification by the SEC for Reg A+, FINRA-approved broker-dealer registration, and an alternative trading system license. But two-and-a-half years on, it is still waiting on the first part.

Conversely, TokenMarket is doing the same thing in the UK. The token-based investment platform will offer tokens this week– just one year after acceptance into the FCA’s regulatory sandbox.

The sandbox allowed TokenMarket to bypass the U.S.’s multi-layered, multi-agency approach and start a security token raise in 12 months. According to Crowdfund Insider, “Once TokenMarket has completed its STO [securities token offering] and exited the sandbox the Company will be able to organize STOs for UK and international companies looking to source growth finance by tapping TokenMarket’s pool of 170,000 investors.”

But the differences go beyond flashy token sales to the heart of alternative capital raising. Equity crowdfunding as a concept has flourished via the FCA while the SEC has resisted it.

The equity crowdfunding story traces roughly back to 2012. That year, President Obama signed the JOBS Act that allowed regular people widespread investment opportunities in private companies. That same year the Wall Street Journal profiled British company escapethecity.org, taking advantage of the year-old UK version. The firm raised £600,000 in 16 days from around 400 people for nonvoting shares and swag via Crowdcube.

Stated one founder, “We weren’t in a position to go to friends and family for the amount we were looking for, we didn’t want to go to the bank and we decided venture capital firms weren’t really for us.” This is a common startup outlook, and seven years later the company is thriving.

But if an American WSJ reader saw this and wanted to copy it, he would have a long wait. Signing the act was only the first step. The SEC took four years to write the rules and showed hostility toward the work.

SEC was hostile to Equity Crowdfunding from the start

From the outset the SEC’s view of [Reg CF] was they were not for this they and made it, shall I say, needlessly complicated and did not approach it except as this this was something where the public is going to get harmed and we need to narrow it as much as possible.

It restricted it to a degree that by all accounts Reg CF-type equity crowdfunding has languished. It desperately needs Congressional tweaking to fix the SEC mess.

A recent SEC Reg CF report reviewed progress three years on and compared it to the UK. According to the report, “In the U.K., the largest European crowdfunding market, which started in 2011, crowdfunding issuers raised approximately £333 million ($450 million) in 2017, significantly larger than the reported amounts raised by U.S. crowdfunding issuers over the period May 16, 2016 – December 31, 2018.”

What accounts for the variance? The SEC states:

Exactly. The FCA nurtured equity crowdfunding and paved the way for success. But the SEC treated equity crowdfunding as a menace it must quarantine and monitor like a tourist with Ebola. And the difference created winners on one side and frustrated startups tired of ‘Machine’ bureaucrats like ‘NPC Valerie’ who lack private-sector chops.

Is the SEC Grasping its Equity Crowdfunding problem?

Help, however, may be on the way. Just last week the SEC finally qualified its first two Reg A+ token sales. SEC Commissioner Hester Peirce, aka Crypto Mom, has pressured the agency to hurry reviews. Moreover, the Commission is now streamlining the private exemptions, Reg A+, Reg CF, and Reg D. Finally, word is “Shallow-End Jay” Clayton will jump to his chosen academic post by next election.