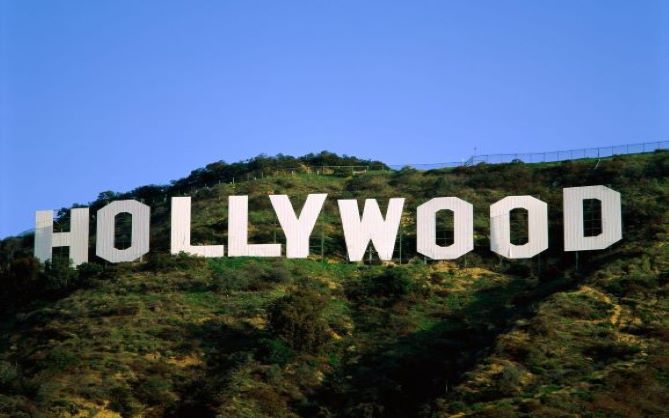 Are you sick of sequels? Bored with reboots? Aghast at award shows? Horrified by Harvey Weinstein? Well, don’t despair, equity crowdfunding will soon kill Hollywood as we know it.

Although nascent, equity crowdfunding and blockchain will revolutionize Hollywood. It will oust the gatekeepers and replace them with crowds. The people will thus influence every aspect of entertainment production and distribution.

The concept of crowdfunding entertainment isn’t new. Indeed, filmmakers have used crowdfunding methods to supplement production. But with mixed results.

Playwright Phelim McAleer and wife Ann McElhinney who run their own media company are one example. They recently produced the searing play ‘FBI Lovebirds’ and have crowdfunded several projects, including the abortion drama Gosnell. And independent film maker Cassie Jaye also crowdfunded part of her surprise hit ‘The Red Pill.’ But this ‘Kickstarter model’ comes with severe drawbacks as one article explained:

While crowdfunding has been a great tool for passion projects and for garnering support for projects the industry left behind (Veronica Mars raised $5.7M from 91,500 people, Mystery Science Theater 3000 raised $5.7M from 48,000 backers), most of today’s crowdfunding campaigns operate under a “donation” model with supporters giving to support the cause. Rewards and bragging rights come with some of the higher-level donations, but it’s still fundamentally a donation—just not a tax-deductible one.

Under the current model, creators are essentially paying for the production by pre-selling the DVD directly to fans. In this scenario, the filmmaker has prematurely weakened the commercial potential for the project. A distribution or acquiring company will treat the project as having gone straight to DVD, which immediately clouds the most lucrative licensing windows, most of which comes well before the DVD release. As a filmmaker, three words you never want to hear associated with your film are “straight to DVD.”

But equity crowdfunding via the JOBS Act pushes crowdfunding mainstream. It allows anyone to invest in a movie pre-production through Reg CF or Reg A+. Investors now get a financial stake, not just swag or access (although that is still offered). This will remake the current system.

The Hollywood model is old and corrupt

As I explained previously movie production is less transparent than a software TOS agreement:

Currently the movie business operates in an esoteric netherworld, full of middlemen, secret contracts, and mafia-like protection rackets. Major studio heads and a few A-list actors gain fortune and fame and everyone else ekes out a living even while working on summer blockbusters. Hollywood’s financial structure is murkier than the latest spy-thriller. According to opaque industry accounting, even runaway hits like The Hobbit trilogy lose money.

How are movie dollars made? According to reports, major studios generate their bulk revenue from licensing deals with broadcast networks, all of which are owned by the studio’s corporate conglomerates. This makes it nearly impossible for outsiders lacking massive archives to break through without a steady stream of hits.

This model is dying. It is a world absent ideas. According to Indiewire only 38% percent of films are “original,” another outlet pegs it at 25%.

And the public is noticing. In 2018, Hollywood suffered its worst month in memory. That year also saw the lowest rated Oscar Award show, and 2019 saw only a slight rebound.

The future studio is here

Legion M has created new model. The upstart studio just began a new funding round on the equity crowdfunding portal WeFunder. The fan-driven company is trying to reach one million investors. Thus far is has raised $7M from 16,000 investors and boasts a 100,000-strong community. Its success has already attracted Hollywood big shots like Kevin Smith, Nicolas Cage, Anne Hathaway, and Stan Lee.

The future movie is here

If Legion M represents the future movie studio, Atari: Fistful of Quarters is a further advance.

The not-yet-made movie about Atari founder Nolan Bushnell introduces a new project-focused funding scheme. tZERO recently stated it would finance the movie using blockchain via a token sale. tZERO’s Patrick M. Byrne, stated, “We have been looking for the team to crack the code for Hollywood and bring much needed transparency and accountability to an industry that has been historically resistant to change.” Indeed. Details are still sketchy. But regardless if it’s a hit or flop, pre-selling movie tokens with embedded rights to a movie’s direction and finances is what’s next.

But don’t expect the establishment to just accept the change. People never concede power, upstarts take it. Hollywood will try to steal the future while claiming to nurture it.

Indeed, this is happening with cryptocurrencies. Mark Zuckerberg and a multi-national corporate cabal are trying to seize the market while claiming altruism.  They assert they are merely helping the poor reduce banking costs. But it’s PR poppycock. In fact, they are trying to capture and blunt the crypto phenomenon before it swallows them. Expect announcements of studio tokens soon.

Movie executives like Harvey Weinstein (pre-exposure) and Mark Zuckerberg are kindred spirits. They are trying to blunt competition by stopping alternatives. In doing so they force the masses into compliance with their business model and world vision. But they will fail.

As George Gilder writes in ‘Life After Google,’ data-capturing firms won’t stop the new world. Future economic power won’t rise to the top of the tech ‘stack.’ It will stay with the individual. Hollywood will just be another corrupt mote left in the wake.