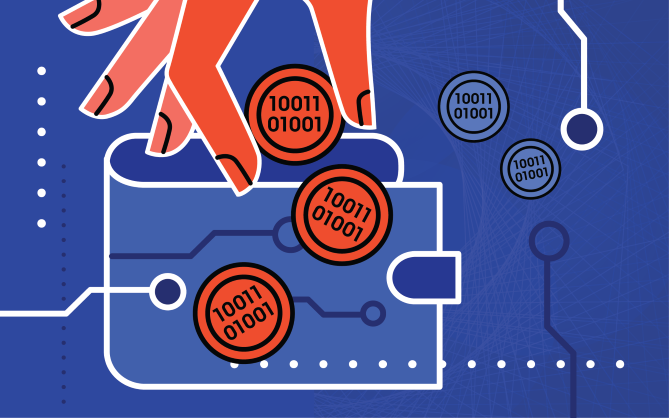 The social media future is now and it’s glorious. Token rewards via blockchain-based decentralized apps (dApps) will kill the online oligarchy and enable a cleaner, user-powered version. Indeed, tokens, as dApp currency, will do what new laws and anti-trust suits cannot: remove Silicon Valley control of the web.

A casual look at the news shows no one likes the online present. Some fear censorship and the arbitrary way popular platforms suspend, demonetize, and deplatform. Yet others object to massive corporate power and the unceasing ambition to broach further domains. *Cough, Mark Zuckerberg, Cough.*

The concerns are legit. Indeed, the plan wasn’t for a few companies to aggregate and curate the net. But it’s also flawed thinking. It suffers from the common mistake of assuming things as they are will remain so without collective fixes. Unfortunately, lawmakers who grew up in the age of record-cassette tape-CD won’t see the world as it will soon be.

Yet this doesn’t mean everything will go right or that corporations with spare billions won’t try to seize the internet’s third wave before it crests. *Cough Mark Zuckerberg Cough.*

According to a recent IMF report: “The adoption of WhatsApp was one-third faster than that of Gmail. And today, WhatsApp has surpassed Gmail in user-base and is well past the 1.5 billion users mark. The dominance of WhatsApp relative to standard text-messaging solutions is even more stark.”

But dApps and token rewards add a twist. What made previous acquisitions like YouTube, Instagram, and Whatsapp appealing to Google and Facebook respectively was not only their massive adoption but centralization. Thus the giants could add to their data silos, force more adverts, and make it even harder to leave.

What is coming is what George Gilder, author of Life After Google, dubs ‘the great unbundling.’ Adoption speed combined with cross-app functionality will kill the old data-hoarding and advert model.

Instead of walling users in, dApps replace authority with collaboration and data hoarding with data requesting. Indeed, the future social-media app won’t silo user data and those requesting attention must bargain for it. And users will trade attention and personal information for tokens. Moreover, they can jump the silo with a click.

As Don and Alex Tapscott put it in Blockchain Revolution, How the Technology behind Bitcoin is Changing Money, Business, and the World, “Blockchain technology offers a credible and effective means not only of cutting out intermediaries, but  also of radically lowering transaction costs, turning firms into networks, distributing economic power, and enabling of wealth creation and a more prosperous future.”

Indeed, this happening now. Blockstack, a blockchain ecosystem, received the first ever Reg A+ token-sale qualification two weeks ago. Blockstack stores personal data on clouds and users float between dApps easily. Currently Blockstack offers 171 dApps from 100 developers. And it rewards developers in Stack Tokens. Presently, many of its current apps mimic legacy apps like Facebook and YouTube without concerns about data capture or censorship.

Brendan Eich’s Ethereum-based Brave browser works similarly. There users exchange token rewards for attention and spend them for content or donate them to preferred publishers. This tackles a huge web problem: the advert detritus we download to get “free” stuff. And according to Gilder, at popular publishers’ sites, as much as 79% of mobile data are ads. “On average, smartphone users pay twenty-three dollars per month for ads, trackers, scripts, and other diversionary chaff that bears malware, slow load times, piles on data plan costs, depletes battery life, and tramples privacy and property rights.”

And like-models arrive seemingly every day. Bitcoin.com recently listed “Blockchain Apps that pay you to post.” The most interesting are below, read the full article here.

No matter who wins, we all win

The market will decide which dApps win the adoption wars. But we all will share their victories. Every move away from the current data silo/forced advert model is step toward a faster, cleaner, user-focused internet. Token rewards are the key to making this new model go and we can all join the ride.