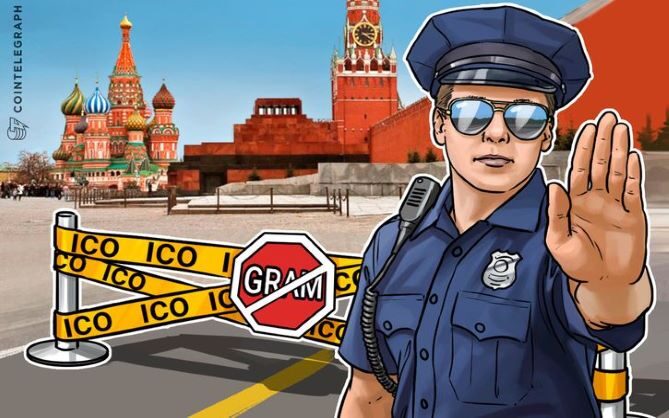 The Telegram SEC fight over its proposed “Gram” release could mark a sea change for U.S. crypto law. Both sides have dug in amid rising tension. And given the stakes—$425 million in U.S. investment—a truce seems doubtful.

The SEC got an emergency order to stop Gram purchasers “flooding” the U.S. market by reselling Grams to retail investors. Because the commission argues Grams are securities, resales violate U.S. law. But Telegram says Grams are would-be commodities once disbursed via its TON Blockchain. And the fight has turned nasty with Telegram accusing the SEC of “steamrolling” and the commission demanding swift discovery. Without a resolution this case will go to trial and then appellate review. Indeed, this could clarify crypto law rules heretofore dictated only by SEC fiat.

Telegram’s Messenger is an encrypted app with 300 million monthly users worldwide. Privacy focus made it a crypto favorite with 84% of blockchain projects having channels. But it has also become a government target. Founder Pavel Durov left his native Russia in 2014 after clashing with its government. And Russia banned Messenger over concerns of use by state enemies.

Early last year Telegram raised capital for the Telegram Operation Network (TON), “designed to host a new generation of cryptocurrencies and decentralized applications, at a massive scale.” And Telegram sought to power TON through its huge user base and crypto popularity. Heavies scooped up Gram futures contracts deliverable after the blockchain buildout. As a result, Telegram raised $1.7 billion from investors discounted from projected market yields.

The legal issues embody the crypto conflict. Telegram sold Simple Agreements for Future Tokens (SAFT) to accredited investors using Regulation D. Both sides agree SAFTs are securities. But what of Grams themselves? The SEC claims the SAFT sale began an illegal offering. Under this theory, no separation exists between SAFTs and Grams. This is a regular capital raise because some money went to improve Messenger, the TON Blockchain wasn’t finished, and Grams can’t buy anything yet because would-be products don’t exist.

Thus, the SEC Howeys Grams as “investment contracts.” Thus, they are securities because of profit potential for resellers whose value depends on the skill of Telegram’s team.

Or in SEC speak:

A reasonable purchaser of Grams would view their investment as sharing a common interest with other purchasers of Grams as well as sharing a common interest with Defendants in profiting from the success of Grams. The fortunes of each Gram purchaser were tied to one another and to the success of the overall venture, including the development of a TON “ecosystem,” integration with Messenger, and implementation of the new TON Blockchain.

Telegram insists it followed the rules by only selling SAFTs to accredited investors. Grams themselves are a commodity like “gold, sliver, or sugar.” “SEC’s actions hinge on a fundamentally flawed theory that Grams constitute a ‘security’ subject to U.S. Securities laws—a theory that runs counter to longstanding Supreme Court precedent, the SEC’s own views relating to other Cryptocurrencies, and common sense.”

The preliminary injunction forestalled Telegram from arguing what it wanted. If initial purchasers resold Grams to “highly interested” retail purchasers, Telegram could say decentralized occurred via the ‘Hinman Doctrine.’ And like Ethereum is now beyond SEC reach. This doctrine is named after SEC Corp Fin Director ‘Bill the Butcher’ Hinman but has no judicial grounding.

The SEC knows this:

Defendants knew, however, that to actually implement the TON Blockchain in the real world, the project would require “numerosity”: a widespread distribution and use of Grams across the globe. Indeed, by definition, the TON Blockchain can only become truly decentralized (as contemplated and promoted in the Offering Documents) if Grams holders other than the original Grams purchasers actually stake Grams and, thereby, act as “validators” of transactions on the TON Blockchain.

SEC demands Issuers use Reg A+ . . . Or be Ethereum

The commission’s only apparent answer to this puzzle is to get Reg A+ qualified like Blockstack and wait it out (or be Ethereum).  But if the SEC enjoins the token release that’s it because absent court findings it has all the power. And as Crypto Czar NPC Valerie has stated, they like it that way.

Telegram claims it spent 18 months “voluntarily engaged with, and solicited feedback from, the SEC regarding development and planned launch of its decentralized blockchain platform . . .” And it produce thousands of documents and answered endless inquiries. But when the time came, it didn’t even get a warning an ex parte emergency injunction was coming.

Without court findings this untenable situation will persist. Commissioner Hester Peirce aka Crypto Mom discussed a utility-token carve out in recent congressional testimony. But current commission makeup makes this unlikely.

Telegram has a better fact pattern than Kik having only sold to accredited investors. And it imbued its SAFT with a restrictive legend. Unlike Kik, however, it doesn’t seem to have the stomach for a long-term fight. But it may not have a choice short of rescinding a third of its raise and leaving the U.S. market.  Whatever happens here court clarity must happen. The SEC cannot always sit as judge, jury, and bankrupter.