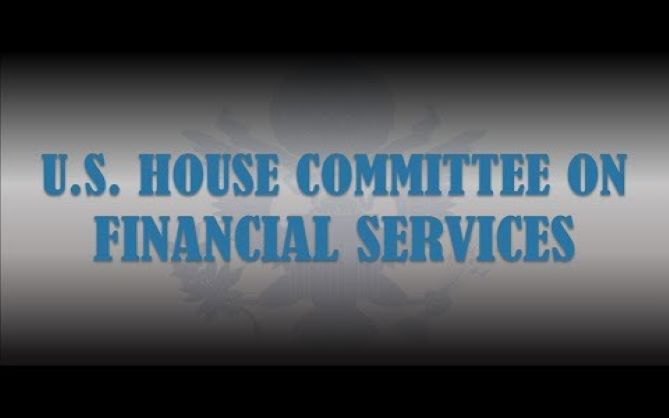 Congress sought to thwart startups by limiting early-stage capital in a remarkable, but little-noticed move last week. A House Financial Services Subcommittee hearing began with Chairwoman Carolyn Maloney (D-NY) lamenting the “troubling” success of private capital. And it sunk from there.

Congress should not thwart investment opportunities for startups despite academic advice

The panelists frowned upon landscape shifts most would think praiseworthy. For example, Renee Jones, Professor of Law at Boston College worried startup founders now negotiate more favorable terms for received capital. The power shift meant founders could more ably parry pressure to immediately “prove their concept and profitability, so they could proceed along the pipeline toward an eventual IPO.” Previous pressures included board seats, vetoes, and most often founder ouster.

But most alarming was Elisabeth de Fontenay, Professor of Law, Duke University. In both her live and written testimony, Ms. de Fontenay resembled a Chinese functionary describing Hong Kong protesters. She viewed startups as state vassals and retail investors as submissive subjects. Stemming the decline of public companies may require “mandating” firms go public. The government must impose “paternalistic interventions,” lest small investors get “thrown to the wolves.”

According to Ms. de Fontenay, startups that seek capital from these would-be babes in the woods are likely failures-in-waiting or scheming ne’er-do-wells. They are “the worst of the lot,” those with the “worst prospects,” because legitimate capital seekers “don’t want them.”

To see if this is true one might peruse Reg CF portals WeFunder, Start Engine, or Republic. Each boast a slew of promising companies in myriad industries. Or listen to Jonathan Cohen, President & Chief Executive Officer, 20/20 GeneSystems, Inc. On a Heritage Foundation panel last year. Mr. Cohen stated his promising biotech company had already raised Reg D money but chose a Reg CF round anyway.

Or Ms. de Fontenay may have trotted to DC Startup Week. Many events took place while the professor was in town. Throughout DC dozens of innovative and exciting startups brandished wares, practiced pitches, and sought investment.

Feeding on the air of entitlement of fading upper-class institutions that accomplish “little with a lot” of other people’s funds, the Harvard initiative reflected the increasing inebriation of elite American education. Focusing on stopping progress, barring new power plants, dismantling chemical facilities, mobilizing against Israel, and other reactionary pursuits, Ivy institutions are pursuing fancies of a declining intellectual and business elite, full of chemophobic nags and luddite lame-ducks quacking away on their miasmic pools of old money as the world whirls past them.

Douglas Ellenoff, Partner, Ellenoff Grossman & Schole LLP paddled alone as a voice of sanity in a sea of credentialed madness. “We should ensure in my judgment these markets are operating optimally and regulate only to the extent absolutely necessary.” The sole panelist that advises clients on securities-law vagaries, Mr. Ellenoff also noted the costs in both expense and opportunity inherent in the current regime. Specifically Reg CF: “The burdens of any kind of preparation of disclosure that needs to be filed with the SEC is an undertaking it takes time energy and resources and for up to 1.07M financing the costs of doing that is a meaningful percentage of the proceeds raised in those deals and it’s out of pocket before you even know if you’ve raised the money.”

Scammers have not overtaken unsophisticated investors

While the JOBS Act that enabled retail investment in startups via Reg CF and Reg A+ was not the day’s focus, it formed background. Indeed, a central theme was how much government should trust its citizens with their money.

To her credit Ms. de Fontenay didn’t blanch. “Based on the evidence at hand, the easiest and most defensible means of simplifying the registration exemption regime would be to eliminate the current exemptions for retail investors that have had immaterial uptake thus far.” Mr. Pieciak more subtly demurred crowdfunding is “niche” and presumably not worth the bother.

But “immaterial uptake” may be in the eyes of the beholder.” According to Crowdfund Capital Advisors 1,900 Reg CF issuers have supported over 10,000 jobs. And panelist Dr. Andrew Lo, Professor, Massachusetts Institute of Technology Sloan School of Management written testimony stated, “the firms using crowdfunding have exceeded their targeted offering amount by 300%, implying significant excess demand.”

But these numbers would carry further materiality had the SEC not straddled Reg CF with suffocating rules. Both government and industry recognize the problems and have proposed fixes, but heretofore none have materialized.

Unfortunately, Reg A+ has not yet taken flight but again government obstruction deserves the blame. But the SEC’s recent Blockstack token-sale qualification will hopefully juice the exemption.

A final concern is scammers. They supposedly will flood private investors with unseemly offers that existing protections cannot counter. As Ms. de Fontenay stated, “[W]e already have some evidence of this adverse selection, given the poor performance, noncompliance, and even outright fraud with the new Regulation A and crowdfunding exemptions.”

But Reg CF disagrees. As Mr. Ellenoff stated, “Notwithstanding a remarkable amount of outspoken investor protection advocacy to the build-up of the passage of the JOBS Act, Title III Regulation Crowdfunding in particular, it is now acknowledged by regulators that none of the doom-and gloom prognostications of fraud or litigation has presented itself.” Thus, those worrying retail investors getting hosed have precious few actual examples.

Congress should applaud itself for opening private markets to retail investors. The fact is the rocket VC-IPO model doesn’t suit many startups. And most people risking their money do so cautiously as the message boards under Reg CF raises attest. Thus, the JOBS Act gives more companies a chance. Particularly those from nontraditional locales or with unconventional founders. Congress should see the enormous potential and embrace alternative and private means of capital formation. It is good for the economy, investors, and entrepreneurs.