The changes join a larger Commission effort to simplify the private-exemption rules and expand capital access for growing ventures. As SEC Chair Jay Clayton stated, “For many small and medium-sized business, our exempt offering framework is the only viable channel for raising capital. . . . The staff has identified various costly and unnecessary frictions and uncertainties and crafted amendments that address . . . inefficiencies in the context of a more rational framework that will facilitate capital formation for small and medium-sized businesses and benefit investors for years to come.”

The SEC listened and changed rules that were impeding Reg CF growth. Among the beneficial changes:

A final surprising and welcome development is the Commission voted not to restrict security type as it had proposed. The Commission had previously expressed concern about certain financial instruments such as Simple Agreements for Future Equity (SAFE). Also scheduled for elimination were other nontraditional but helpful instruments like revenue shares and token-based structures. The Commission deserves credit for resisting its regulatory urge. These innovative structures that lacked any evidence investors were unhappy or confused by them.

Despite the now-cured impediments and after a slow start, Reg CF had already found its footing. Aided in part by the ease of investing online during the pandemic, Reg CF has set multiple records this year. This includes its best month ever in October ($32 million committed investments). According to Crowdfund Capital Advisors, the past six months have seen a 300% increase in investor commitments. 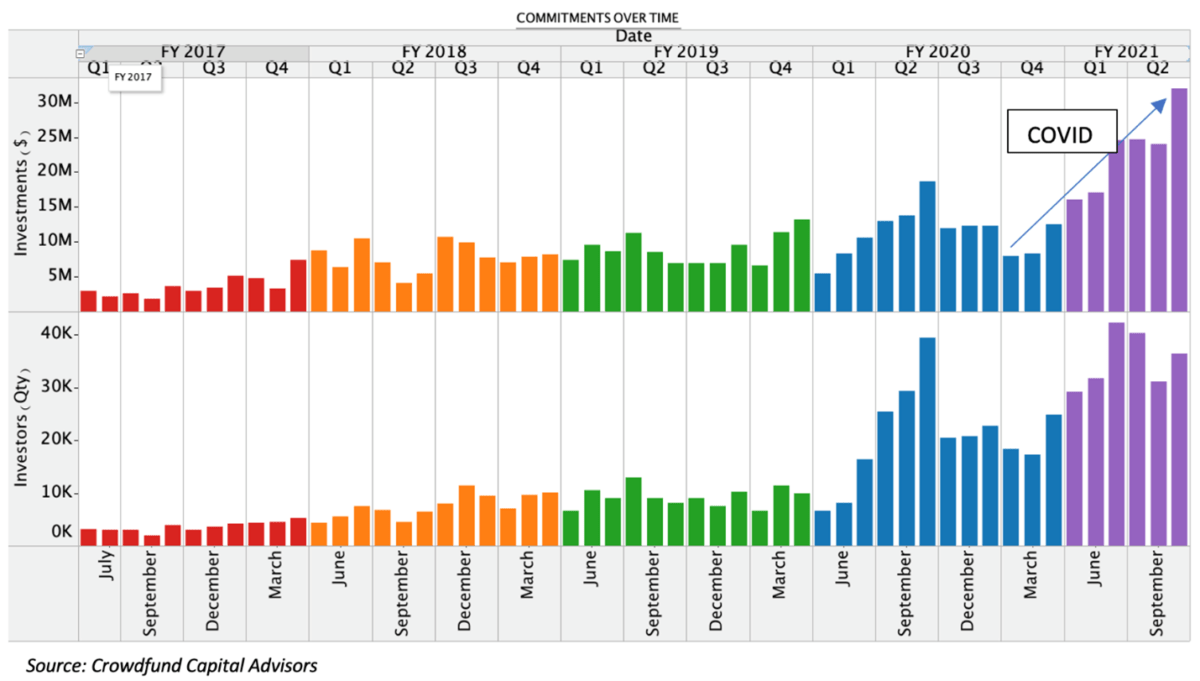 Moreover, the number of offerings year-to-year has continued growing as more businesses incorporate equity crowdfunding into their capital-raising plans. 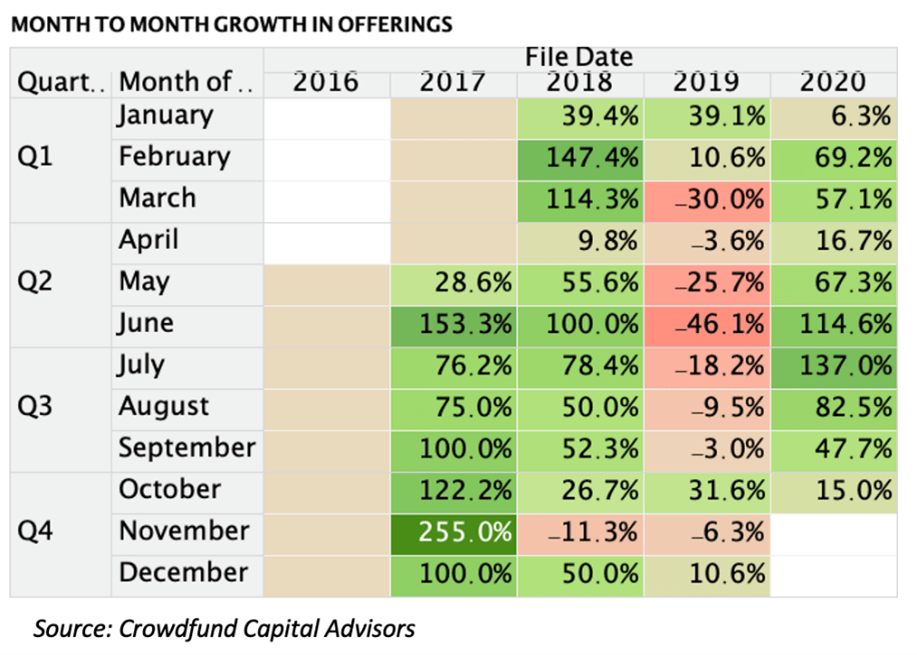 Equity crowdfunding is set for explosive growth in the years ahead. The new rules will boost Reg CF’s already impressive momentum as more businesses and investors learn about and use this innovative tool.