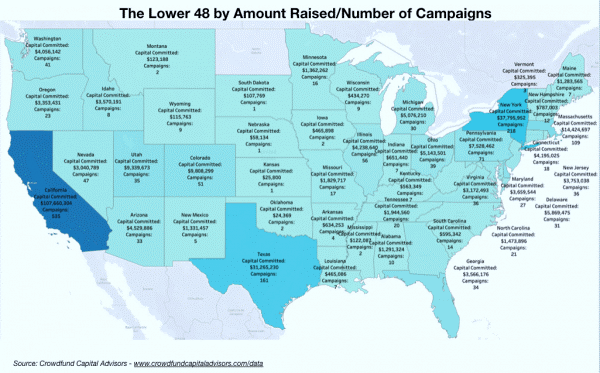 Last week the Securities and Exchange Commission (SEC) proposed sweeping changes to Regulation Crowdfunding (equity crowdfunding or Reg CF) as well as the other private capital-raising exemptions. The proposals come just months after the SEC closed comments on last summer’s Concept Release. The commission sought to harmonize, simplify, and streamline the exemptions. As SEC Chairman Jay Clayton stated, “The complexity of the current framework is confusing for many involved in the process, particularly for those smaller companies whose limited resources spent on navigating our overly complex rules are diverted from direct investments in the companies’ growth.  These proposals are intended to create a more rational framework that better allows entrepreneurs to access capital while preserving and enhancing important investor protections.”

The proposed changes to Reg CF are particularly significant. Congress enacted this exemption as part of the JOBS Act of 2012 to open the private markets to retail investors. The idea was everyone could invest in hotshot startups but also local businesses that supported communities. It would also allow entrepreneurs traditionally excluded from the angel investor/venture capital circuit a better chance to thrive by democratizing capital raising. Signs showed Reg CF had started to fulfill its potential. According to Crowdfund Capital Advisors, which curates equity crowdfunding data, since 2016 successful Reg CF companies had pumped almost one billion dollars into local economies.

Yesterday’s proposal solves all these issues and sets the stage for a paradigm shift in U.S. capital raising. Among the potential rule changes:

Equity Crowdfunding can explode under proposal

Indeed, these long-sought changes could have lasting effects on the private capital markets. It could truly democratize capital raising, allowing everyone an equal opportunity at potentially lucrative investments. It could encourage entrepreneurs normally off the angel investor/venture capital radar to bypass traditional-funding methods. And issuers can synergize crowd effects by melding their investors, supporters, and customers. And it could geographically disperse capital investing away from the few hubs where it currently happens.

According to the SEC press release, the comment period will remain open for 60 days following the publication of these proposals in the Federal Register.