“Citizen” Jay Clayton should shut it about crypto 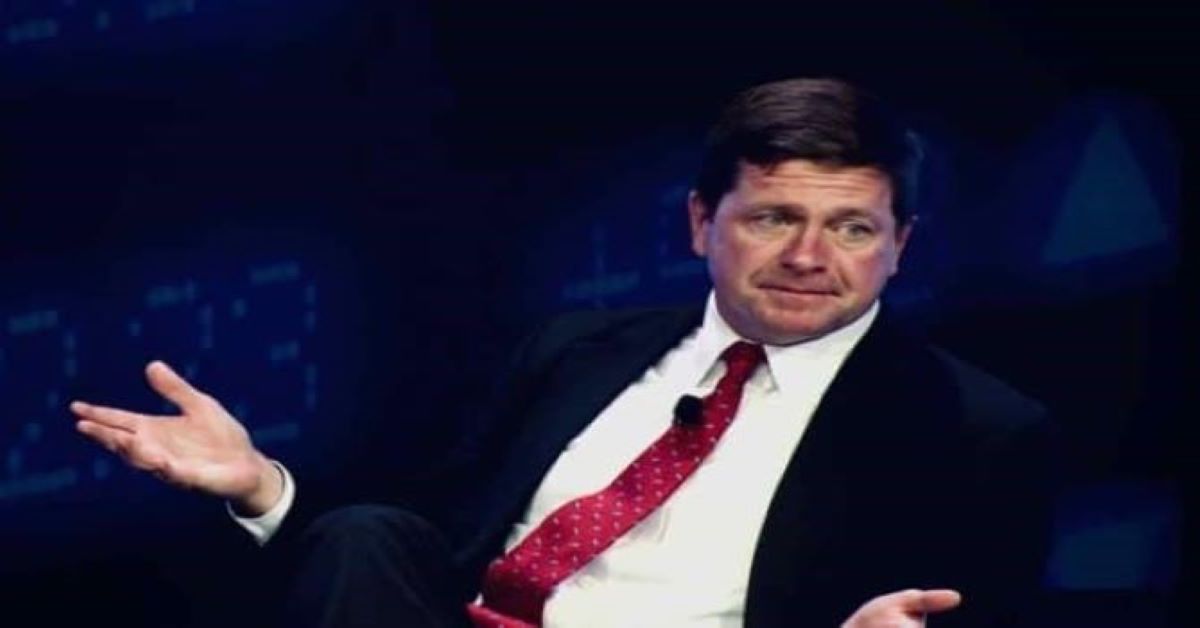 “Citizen” Jay Clayton, former Securities and Exchange Commission chair, gave a recent interview on Bitcoin. He stated he was “speaking as a citizen.” This is fitting because his crypto-related speech whilst Commission-bound equally lacked insight.

To say Chair Clayton’s crypto track record was dreadful would be an insult to tracks and records. When entrepreneurs needed guidance, the Do-Nothing Chair oversaw only crypto sloth.

My view has been that we’re overdue on approving one of these things. I also think we’ve dug ourselves into a bit of a difficult hole by setting standards for approval that are difficult to figure out how to satisfy. So I really don’t know where we’re going to go. I think that a new chairman with a fresh perspective can be helpful in rethinking the approach to approving exchange-traded products.

“Citizen” Jay Clayton was caught flatfooted during the 2017 ICO craze then killed the industry.

In 2017 the Commission finally discussed the DAO. But instead of bringing ICOs into compliance, the Commission waited until people spent billions. It then unleashed subpoena hell. To be sure, ICO scammers needed nailing. This should have fulfilled the Commission. Instead, it indiscriminately blasted everyone like Godzilla attacking Tokyo.

This now includes LBRY that boasts 10 million users and lacks any fraud. It also includes Ripple, which whatever the merits, the Commission allowed to exist for years before suing.

He cheered Valerie Szczepanik as Senior Advisor for Digital Assets and Innovation, who then took months to produce 2019’s worst government work product.

If ICOs caught the Commission flatfooted its ‘crypto czar’ appointment was worse. But Chair Clayton lavishly praised her choice:

Valerie’s thought leadership in this area is recognized both within the Commission and across financial regulators in the United States and abroad. . . . With her demonstrated skill, experience, and keen awareness of the importance of fostering innovation while ensuring investor protection, Val is the right person to coordinate our efforts in this dynamic area that has both promise and risk.

Apparently, nothing screamed “innovation” to Chair Clayton like a career bureaucrat since the Clinton Administration. Ms. Szczepanik then jaunted about the country at taxpayer expense repeating (surprise!) the SEC would follow the Howey test and everything was “facts and circumstances.”

Ten months in, Ms. Szczepanik finally produced a 13-page Framework for “Investment Contract” Analysis of Digital Assets. (Innovation at the speed of government!). And what a disaster. The Framework sought to clarify crypto policy. It failed. Commissioner Peirce compared it to a “Jackson Pollock painting,” she then twisted the knife:

While Howey has four factors to consider, the framework lists 38 separate considerations, many of which include several sub-points. A seasoned securities lawyer might be able to infer which of these considerations will likely be controlling and might therefore be able to provide the appropriate weight to each. Whether the framework gives anything new to the seasoned securities lawyer used to operating in the facts and circumstances world of Howey is an open question. I worry that non-lawyers and lawyers not steeped in securities law and its attendant lore will not know what to make of the guidance. Pages worth of factors, many of which seemingly apply to all decentralized networks, might contribute to the feeling that navigating the securities laws in this area is perilous business.

Decentralization is a key blockchain concept. It makes pigeonholing tokens into securities world suspect. If users run a platform who do the laws protect? In 2018, Corp Fin chief Bill Hinman stated this. When Congress pressed, Clayton agreed. But he went no further except excepting Ethereum. Suing Ethereum’s creators or nonprofit would have been foolhardy, and the Commission wisely refrained. There are issues with decentralization as a workable securities-law model, as this paper outlines. But heads of major agencies are supposed to confront hard problems.

Once again only Commissioner Peirce seems willing to face an issue the whole commission should address. As she recently stated:

[I]f you truly achieve decentralization, then I question whether it makes sense to apply the securities laws. Because the securities disclosure laws are designed for a situation where I’m running a company, I want you to buy shares of my company, and I have all the information. You need that information in order to figure out whether you want to buy. It’s the information asymmetry problem. If you really have a decentralized project, then there is no one who has a monopoly on information. At that point, who would even be providing the information? So that’s something we have to think about.

Speaking as the functionary he was born to be, “Citizen” Jay Clayton stressed in the interview that regulation is everything. And that regulation should come in all different flavors, direct, indirect, domestic, foreign. And of course, as a hedge fund “advisor” he’s available to influence that regulation to benefit his client.

He is not alone. Mary Jo White now bursts with crypto opinions. The 2013-2016 chair claims the SEC has it all wrong, at least when it comes to her client Ripple. She also stated there is a ‘crying need for [crypto] clarity.’ Of course, crypto existed when she ran things. But broken clocks and what not.

“Citizens” Jay Clayton and Mary Jo White now shop their crypto opinions to the highest bidder. But they are views the crypto world could do without.