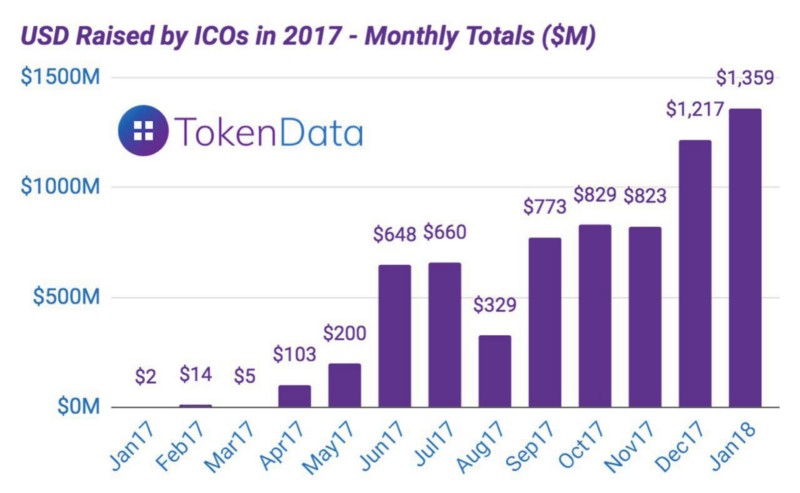 ICOs are the future but scammers are as old as time

But with any nascent fundraising tool scammers and regulators play cat and mouse. The SEC has taken an increasingly hard line, which augurs higher compliance costs per dollar raised. In a recent op-ed, SEC Chairman “Shallow-End Jay” Clayton stated, “The SEC is devoting a significant portion of its resources to the ICO market.” The message is clear: play by our rules or get an experience one seasoned securities lawyer described as “living in hell without dying.”

So in the spirit of the new paradigm facing the ICO world, here are five ways not to ICO.

Scammers should take their medicine (in prison)

Arise Bank is a Texas-sized con. Two guys claimed they were creating a digital bank of the future that would support over 700 virtual currencies. Their ICO hoped to raise over a billion dollars but didn’t bother to register with the SEC or state regulators. They also claimed to have bought a couple 100-year old FDIC insured commercial banks with the goals of solving compliance problems—an apparent outright lie. Nor did they mention one of the principal’s violent criminal history and prison record.

When the SEC came calling Arise posted an epic Facebook rant about their upcoming fight with the SEC.  “Several branches of the various governments within the United States are run by cowards, liars and downright frauds . . .” In failing to register their offering, lying about their transactions, and failing to disclose previous criminal history they positioned themselves as ‘fighting for all our rights.’ The courageous duo spoke for WE THE PEOPLE (all caps!), and proudly fought the corrupt “system.” (“It’s the system, man” is a common refrain among scoundrels ranging from Harvard law professors to two-bit criminals.)

Both state and federal regulators have filed actions against Arise, it won’t end well.

Some ICO promoters try to avoid SEC jurisdiction by imaginative labeling and disclaimers.  “Utility tokens” they claim aren’t securities but just in case lather their whitepapers with warnings about potential SEC trouble.

Munchee was a restaurant-based app trying to raise money by selling “utility” tokens. Its white paper has three pages warning that even though they had analyzed Munchee for SEC issues and concluded none existed, trouble might still arrive. “Munchee Inc.’s representations and securities assessment is not a guarantee that the SEC or any other regulatory authority will not determine the tokens to be securities subject to registration.”

Trouble came. Noting the token’s marketing materials and audience were ICO-like the SEC analyzed the token and concluded unsurprisingly they were securities. “Determining whether a transaction involves a security does not turn on labelling – such as characterizing an ICO as involving a “utility token” – but instead requires an assessment of ‘the economic realities underlying a transaction.’”

Misleading investors is an ICO NO, NO

R2B coin is a token that sounds too good be true and adheres to the axiom against such offers. Hong Kong-based but selling globally, promoters incredulously promised on their now “under maintenance” website “r2b coin if you study the history, only goes one way, and that’s up. We’re only going up, we’re never going down in value.” They further promised to hit a certain benchmark within two years and “will be among top 10 currencies in 1–1.5 years.”

The busy Texas State Securities Board filed an emergency cease and desist order to stop R2B from selling tokens in the Lone star State.

Munchee earns an honorable mention for promising to “ensure that MUN token is available on a number of exchanges in varying jurisdictions to ensure that this is an option for all token-holders.” This was impossible to guarantee with the acknowledged specter of SEC trouble.

The SEC will find you

Kirill Bensonoff a resident of Brookline—a bedroom community near Harvard—sold “Caviar tokens” for his property-flipping scheme. To avoid U.S. regulators Bensonoff incorporated in the Cayman Islands. In reality, he ran Caviar from wealthy Brookline.

Bensonoff’s plot involved dodging US authorities by avoiding U.S. investors. He even blogged his strategy beforehand. But the plan failed. When regulators investigated, one tried to purchase Caviar tokens using the name of a famous cartoon character (rumored to be Mickey Mouse) and provided a false photo ID fetched from an internet search. The third-party verifier tasked with blocking U.S. residents cleared Mr. Mouse for investment in 29 minutes.

And regardless of incorporation, regulators concluded “Respondents’ offers to sell Caviar tokens originate from within the Commonwealth of Massachusetts.”

State regulators have sued Bensonoff it won’t end with either champagne wishes or Caviar dreams for Mr. Bensonoff.

Three token sales secured celebrity endorsements. But when the law came knocking the stars bailed. The various promotional social-media posts had the desired effect of profile raising. Unfortunately all later turned out be scammy and stars the deleted their posts faster than they buy Twitter followers.

Hotel heiress Paris Hilton tweeted she was “looking forward to participating” in the LydianCoin ICO. But the coin’s originators had some untoward skeletons that burst open after the reality star’s nod. She has now deleted the post.

Boxing superstar Floyd Mayweather stepped in the ring for Centra ICO. But he threw in the towel when class action lawsuits arrived and deleted his posts.

And even Arise Bank managed to tap boxing legend Evander Holyfield to promote their fraudulent sale.

Unsurprisingly the SEC warned both the public and the celebrity promoters. “Any celebrity or other individual who promotes a virtual token or coin that is a security must disclose the nature, scope, and amount of compensation received in exchange for the promotion . . . Persons making these endorsements may also be liable for potential violations of the anti-fraud provisions of the federal securities laws . . .”

Get legal help before delving into the ICO world

For all the foolish don’ts there is one very smart do. Hire legal representation. ICOs along with the underlying technology may be the future, but the path of least resistance is filled with prosecutors and regulators looking to make their names on your creation.